Saber is the one true king.


It is imperative to exorcise the evil that Gen Urobuchi's fate/zero spawned in the souls of otaku everywhere. 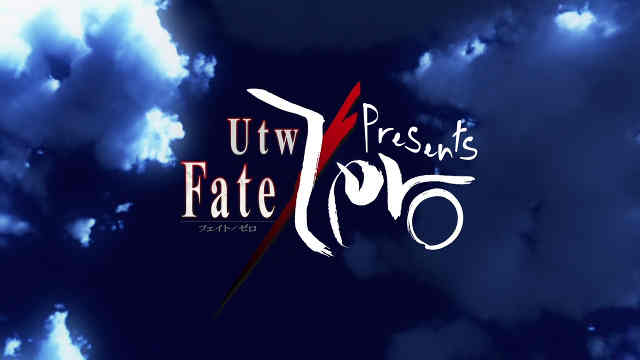 Fate/zero is written by Gen Urobuchi, infamous for taking the easy way out in stories that would otherwise be simple and engaging: to blur the lines unnecessarily, to mock virtue and ideals, to twist those who live for something greater -- in summary fake depth. In our increasingly cynical society, a work like fate/zero is both product and fuel that sustains this sick flame. And one can only imagine the near sexual satisfaction that must have come from having the opportunity to soil the image of Arthur king.

The entire work, at least in anime form, is a denouncement of morality in general and Saber (king Arthur) in particular. Three main points are most memorable: the grail dialogue, the ideologic clash with Kiritsugu and the final fight with Berserker (Lancelot). Let's begin with the grail dialogue, which ultimately sets the stage for the consequent altercations. 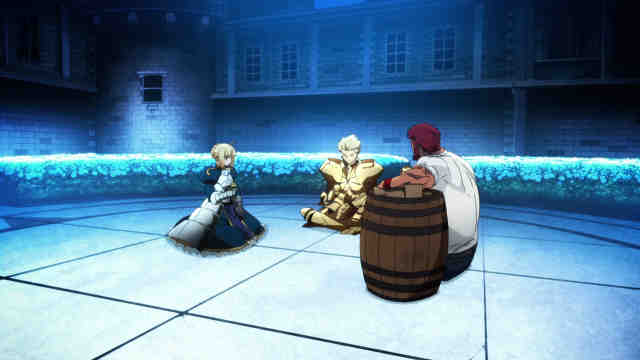 Iskander invites Gilgamesh and Artoria for a meeting to discuss various subjects concerning the grail. Artoria is rebuked and admonished by Iskander multiple times without ever giving a retort of her own while Gilgamesh cynically mocks Artoria's reactions. The presentation is such that Artoria comes off like a fool who is way out of her depth. However, Isakander's arguments are deeply flawed and materialistic to a sickening degree. 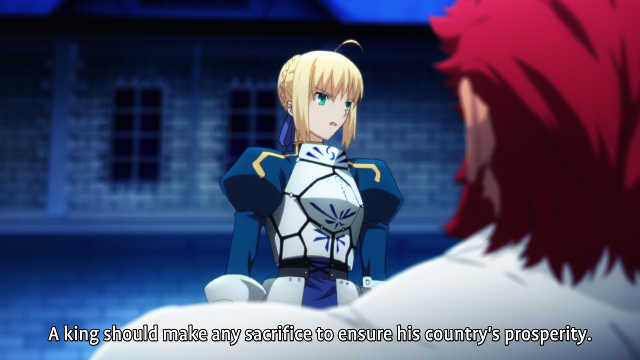 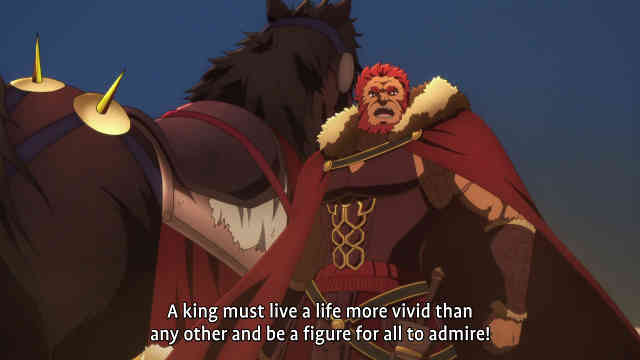 Artoria is as much a slave of the Law as Iskander is a slave of the mob. He claims that a king must live a life of extremes, personifying the wants and needs of a whole nation, to be at the ends of good and evil and taste every pleasure the world has to offer. He thus acts not according to his will. His identity ceases to exist. Right and wrong are replaced with greed and ambition. Urobuchi's Iskander kept conquering eastward to reach Okeanos, goal he never reached, and his wish is to recover his physical form, in a rejection not only of the spiritual realm but also a critical hypocrisy that undermines his arguments: by attempting world domination once more, he unwittingly admits to having regrets about the conlusion of his kingdom. As the representation of a nation, he is much like Artoria in that his wish is to avert his fate of destruction. The difference is that Artoria fully understands what drives her and doesn't make excuses. 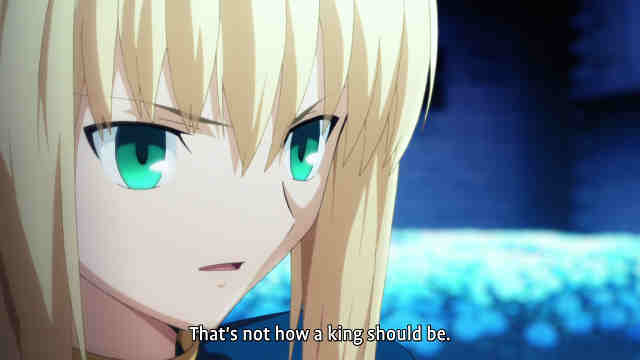 In the end, Iskander is just a little boy who was thrown into kingship unprepared, who put on a mask of greatness out of fear of getting hurt, never living the life he truly wanted but one he was convinced of wanting. Too weak to realize his true will but declaring his word absolute, drowning the contradiction his life has become with the pursuit of endless pleasure. He may be a warrior, a charismatic general, a captain, but he is no king.

The king is someone the subjects should look up to, admire. His deeds should inspire the people to be their best selves. The king leads by clearning the thorny path. To be the king is to reject the path of least resistance. Thus, the king has no choice but to stand alone. To be led by a wise king with just rule and fair law is to live in Salvation. Artoria is a true king. 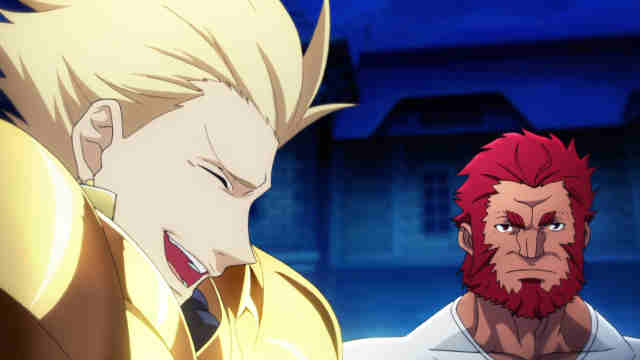 Gilgamesh is merely the logical conclusion of Iskander. After nothing is left to conquer and pleasure no longer sates, the materialist is reduced to an automaton who delivers his twisted law, toying with the lives of his subjects to pass the time. Gilgamesh claims the grail is his, but his treasury is so vast he has forgotten about it. He will punish any thief because it's his law. Why is it his law? Because he claims he is king. Cynicism and sarcasm are the crutch of the powerless. His façade hides a profoundly hurt, desperate soul which has failed to treasure that which truly matters. His last vestiges of humanity lie in his refusal of Iskander, for he knows the void that lies in Iskander's wake once his objective is complete. To stop Iskander's conquest is ultimately both an act of mercy and the acknowledgement that his rule is not Right. His lust for Artoria is a front for his pride. His wish to break Artoria is born of the need to prove to himself that there is no other path of kingship but the path he chose, the same Iskander is walking. He wants to prove to himself there is no other fate besides one of destruction and that defying it is foolish. However, unlike Iskander, Gilgamesh tells Artoria to do whatever she wants and to carve her own path. This is because, despite everything, Gilgamesh wants to be proven wrong, to know what else a king can be -- what a True King is.

The wise King shows herself to Kiritsugu 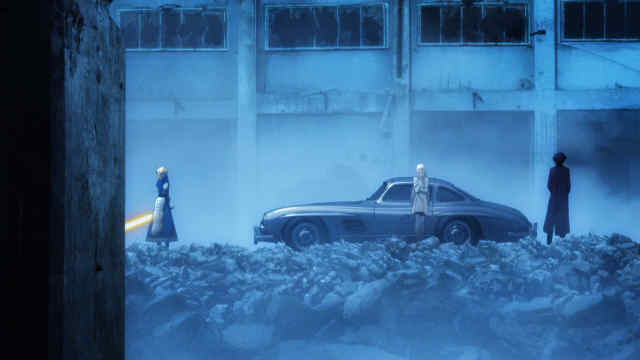 The second attempt at undermining Artoria comes from Kiritsugu and the way he kills Lancer and his master. This one is plenty straighforward and shows the hypocrisy of Kiritsugu, another helpless twisted soul hiding behind cynicism, weaving rhetoric about the worthlessness of honor in the battlefield and how heroes throughout history have blinded the people and led them to war. 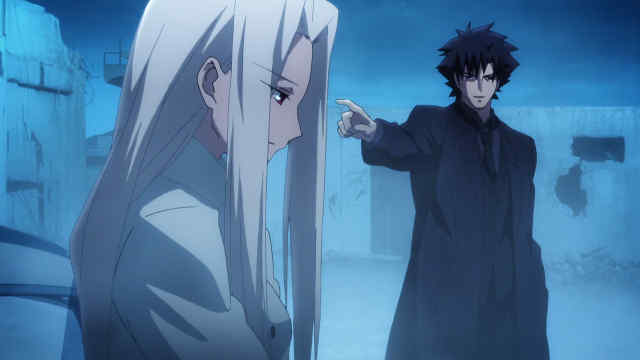 Artoria sees right through this, and hits Kiritsugu right in the head: he's playing Tamerlan because he too once dreamt of a hero to save the world. Knights can save the world. However, fate betrayed him and he lost all hope. Unable to bring himself back to his feet, he turned into a fiend who uses the most underhanded means to reach his ends. It is men like Kiritsugu who make the battlefield more cruel than it needs to be. In the end, he perpetuates the cycle of violence out of a personal vendetta against morality itself. 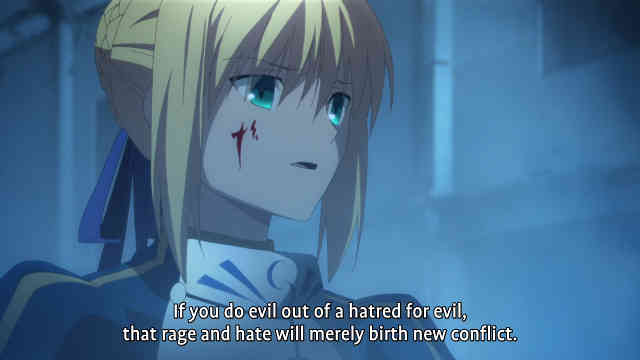 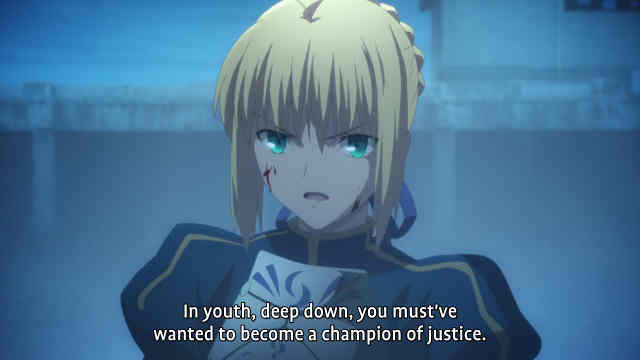 Righteousness will save the world. Kiritsugu is nothing but a narcissistic masochist who sees himself as what a true hero should be, deflecting accountability for his immorality while reveling in his own self-destruction. But Artoria is unwielding and it vexes him that someone who lived through far greater tagedy than him can still uphold her ideals and believe in humanity.

However, it's clear Artoria is only given the right to speak the Truth here as a plot device to advance Kiritsugu's character development. Fate/zero, at least the anime, is a work that wholly rejects people like Artoria for the simple fact they take the path of the Saint without a second thought, no questions asked and no time to hear snide remarks about her only doing it for personal gain. Sadly for Gen Urobuchi, it's not as well written as he thinks.


One last attempt at humiliation 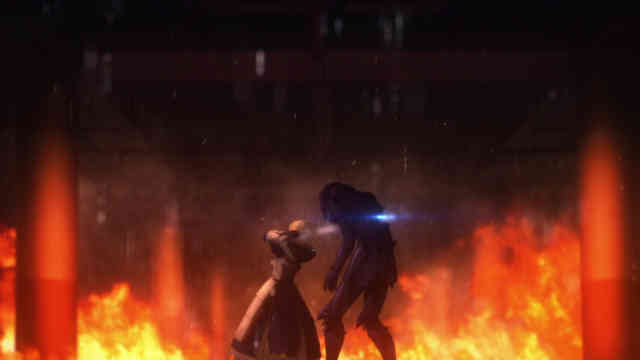 Finally, Berserker is revealed to be Lancelot and Artoria is made to fight her subject. She doubts herself and falls to self-pity, but finds the determination to do what must be done. In defeat, Lancelot regains his so-called sanity and explains what drove him to madness: not being given a proper punishment for his actions.

The gall. To demand judgement to be delivered on himself for his sins. What right does he have to decide what his King is to do? What qualifications does he have to judge the adequacy of his own punishment?! To stand in Righteousness before the man who slighted her is suitable punishment for someone of such twisted loyalty. To seek atonement is the only noble road left open for someone like Lancelot, but he further denies his King by shifting all resonsibility for his actions and failures on Artoria. Urobuchi's Lancelot is a weak man who cannot walk a path of adversity.

The one thing he acknowledges is Artoria's right to Kingship. The saint who cleared and paved the thorny path that Lancelot walked and ultimately strayed from. And it's Artoria's deep regret, how dear she holds her subjects and how she ultimately considers herself unworthy of the throne that further solidifies her position.


Gen Urobuchi is a product of his time. What he birthed with fate/zero is in the same vein as other works of then and now, where everything is looked upon with cynicism. Is there any greater pleasure than breaking Arthur, wisest and most heroic of kings? Urobuchi may feel he has accomplished the feat, and 99% of the audience may come out of it saying he did, claiming Iskander and Gilgamesh superior, but look beyond the flawed writing, hypocritical rhetoric and plot devices and the truth becomes clear.

Artoria was the only king present in the 4th grail war.

I want you to do a thought experiment. Imgine your favorite work that hasn't been adapted to anime. Find in your memory the anime with the worst quality production. Imagine the best canceled manga you can think of. Now imagine if it was turned into an anime that got all the production value and budget that something as hopelessly flawed as fate/zero got. Now imagine fate/zero in the opposite position. What would be lost? What would be gained? Would fate/zero still be highlly regarded as a great LN, or would it go the way of Astolfo, who lived in complete irrelevance until the Apocrypha anime came out?